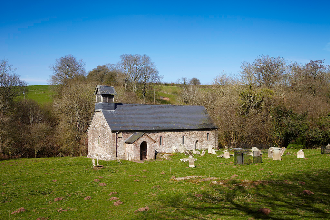 Pilgrimage has long played an important role in Welsh Christianity. From the early saints of the Celtic church - Ninian, Patrick, Columba and Aidan, travelled widely proclaiming the Good News and converting pagans. In Wales - Dyfrig, David and Illtud were among the first to establish hermitages and monasteries throughout the country. Our tour will seek to walk in the footsteps of the founding fathers of the church, will seek to gain something of their spiritual insight and will give a taste of the pilgrim routes that once criss crossed Mid Wales. Utilising the excellent "Pilgrimage: A Welsh perspective" (John & Rees, 2002) we will aim to rediscover the experience of those early pilgrims as they crossed Wales on foot.