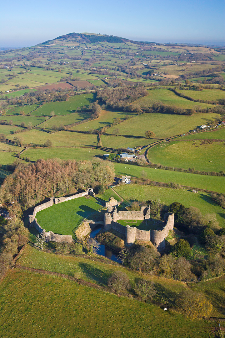 Wales has been described as the world's most fortified country and if you like castles, you'll love Wales! We'll introduce you to a range of defensive sites - from Roman camps and iron-age hill forts to the spectacular "Circle of Stone" - the result of Edward I's conquest of Wales in the thirteenth century. We'll guide you around the sites and give you the detailed story behind the ruins.